‘Disco Dancer’ maker B Subhash on his wife’s demise: “Her...

B Subhash (producer-director of ‘Disco Dancer’ fame) lost his wife Tilottimma on August 2. ETimes spoke to B Subhash, last night.

We are very sorry to bother you but could you tell us what exactly happened. Wasn’t your wife getting better after her hospitalisation five months ago?

Yes, she was. But her kidneys kept deteriorating. Her creatinine levels had reached 9. She had to frequently undergo dialysis.

Tilottimma had her room on the first floor of our bungalow in Juhu. We had to lift her every time and put her in an ambulance.

Was diabetes the reason for her kidney problem?

No. But you see, her kidneys were deteriorating largely because she had developed a problem of high blood pressure. And then, for a very long time, in fact even when she was perfectly alright, her water intake was very low. This, in turn, led to a rise in creatinine levels.

When creatinine levels are high, many times the person fails to remember things and goes into a semi-coma…

No, she was recognising us.

Any particular reason for her blood pressure issues?

Tilottimma used to get very stressed.

Her stress was all about our children’s future. 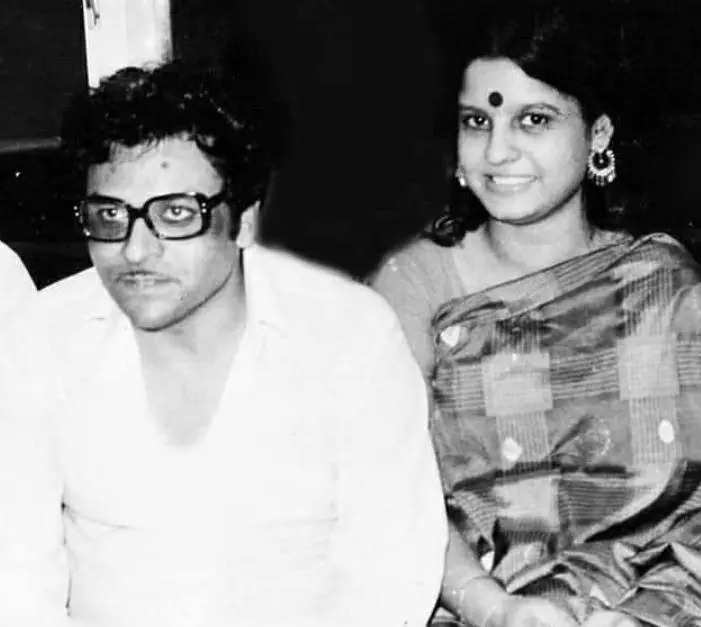 Did she pass away at home?

No, she passed away in a hospital. We had admitted her to Kokilaben Ambani Hospital. Last Saturday, she underwent dialysis. The next dialysis was due on Monday or Tuesday. But she became very uncomfortable on Monday. She developed breathing issues. The oxygen concentrator at home did not help. So, we rushed her to the hospital, where they said that they would try to give her dialysis. But they did not because her vital parameters were not stable. Around that time, her blood pressure started dropping and it went down to 58/30. She was put on a ventilator. I thought she would recover.

The doctors must have told you that she was critical…

Yes, and they tried their best— but could not save her. She passed away on Tuesday at 8.30 pm. We brought her home and the funeral was done on August 3. Tilottimma and I were married for 50 years. We tied the knot in April 1972. She was such a dedicated wife and mother. I have so many memories of her which will never fade away. My loss is irreparable.

She told me to shift her to the ground floor after she returns from the hospital this time, but… (trailed off).